Island of the Barking Dog

The four friends are dismal students at most things they try – schoolwork, and particularly in sports.

When they all entered a race in the swimming carnival at the beginning of the year, the rest of the school criticised their poor performance.

After the carnival, they went to their favourite spot by the river to get away from the rest of the school. It was there that they heard a dog barking on the island in the middle of the river where the water was the widest. They swam with great difficulty to the island to find out what was going on.

Over the following months, they had to care for the dog and feed it. That meant swimming across the river to the island twice a day, every day, even in winter.

But they were happy, and the dog loved them, and they loved the dog.

At the end of the year, their school principal ordered each student to take part in five races. Reluctantly, and because they had no choice, they went in for their race, especially team events where they could work together.

Because they had built up their fitness by swimming such a distance during the year, their results in the races surprised not only themselves, but their teachers and their principal.

And there was a special reward for one of them!

This book is available as an e-book from the Amazon Kindle store for $3.00. 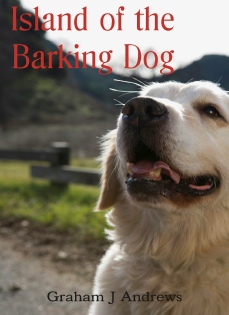 Island of the Barking Dog